I was born in St. Helens and raised in Estacada, Oregon, on the right bank of the Clackamas River.  I could hardly have grown up in more fortunate circumstances.  My dad was nuts about fishing and boating and baseball.  And my mom had the words.  You could find books and Sports Illustrated in that house.

Because I didn’t mind schoolwork, I did well in class without much effort.  All my high school energy went into football, basketball and baseball.  Like young Wade in Ricochet River, I performed to the pleasure of teachers and coaches and parents and never – ever – questioned authority.

Yale was not my idea.  A pair of Yale alumni – ex-jocks – came recruiting one day from Portland to the principal’s office.  I was called out of class and we talked.  They told me to apply for admission.  I did.  I always did what I was told.  And I arrived on scholarship to Yale with an inflated sense of my own athletic ability and brain power and social skills, all three.  It was a rough year.  In class, I was afraid to speak up.  On the freshman basketball team, I was not (!) a starter.  There were no girls at Yale, and Connecticut was cold.  You had to wear a jacket and tie to meals.  Not until springtime was I really good at something.  Baseball.  Confidence rose, friendships grew, and I was glad to return to Yale for sophomore year.  And that’s when my writing career began.

I wrote love letters.  Seriously.  I was stricken with Donna Kitching, an Estacada girl I’d known all my life.  She was at college in Denver, close enough to the U.S. Air Force Academy to concern me about her possible dance partners there.  She wasn’t yet in love with me.  Letters to Donna took on gravity.  Writing had purpose.  Writing kept Donna on the hook between the summers and Christmas breaks when we were home.

She and I were married in Estacada as soon as she graduated from college.

Just five months after the wedding, I got drafted into the U.S. Army.  Officer Candidate School came next, and the Army assigned me to Germany for two years.

In 1969 we returned to New Haven for my Master of Arts in Teaching (English) degree, and our daughter Heidi was born.

Donna and I landed teaching jobs at The American School of Paris, thinking we’d like a year or two in an exotic place before “settling down.” Turns out we spent a decade, the 1970s, at ASP.  Donna taught third grade.  I had high schoolers.  And our fellow faculty members schooled Donna and me.  We’d come wide-eyed from conservative Yale and the rule-bound U.S. Army into a steamy hotbed of free-thinking teachers, artists and musicians and writers.  They took us on, like projects, and I never recovered.  Ricochet River might never have become my all-consuming project without our settling into this creative ex-pat community.

Back in Oregon — Portland, in 1980 — my teaching experience didn’t match state standards, but I caught on as a Reed College admissions officer.  I sure liked Reed, but I left in 1984 to be a free-lance writer.

My writing and re-writing Ricochet River had begun in Paris.  The book didn’t find a publisher, though, until 1990.  Alfred A. Knopf, Inc., in New York, bought the manuscript.

While freelance writing – before and after the books came out – I also (variously) refereed high school basketball, umpired baseball, and drove a special ed school bus.  Some of my writing for magazines was about those experiences.

The sale of rights to “Ricochet River,” the movie, brought in a chunk of money.  But a freelancer’s income is spotty.  Donna, while teaching, had the steady income.

We celebrated our 50th Wedding Anniversary in 2016.

Lately I’ve been protesting America’s fossil fuel industry’s impact on climate change.  That’s right.  This “good boy” who never – ever – questioned authority got forcefully ejected for disorderly conduct at a state senate hearing on a proposed new coal export terminal on the Columbia River.  Then a bunch of us – “kayaktivists” — took to the river with Greenpeace USA to delay the departure of a Royal Dutch Shell icebreaker from Portland to the Arctic.  “Shell No!”  More recently, 21 of us rebels were arrested and briefly jailed for sitting on the BNSF railroad tracks in Vancouver, WA, drawing attention to filthy oil-by-rail shipments through the Columbia Gorge.

We live in southeast Portland.  Lucky for us, our daughter Heidi lives right across the river in Vancouver with her husband, Navin Nagaraj, and their young daughter, Jahnavi. 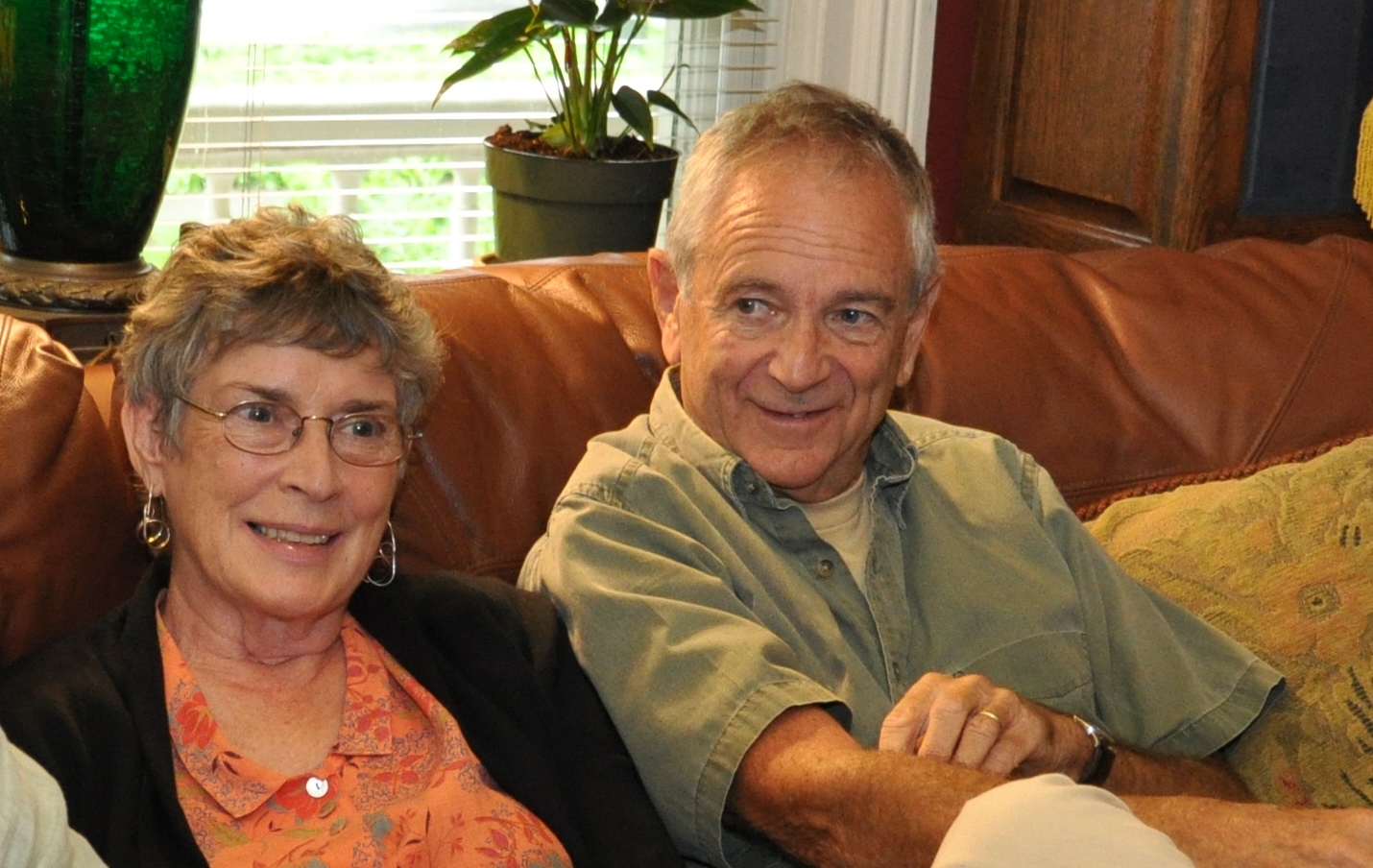 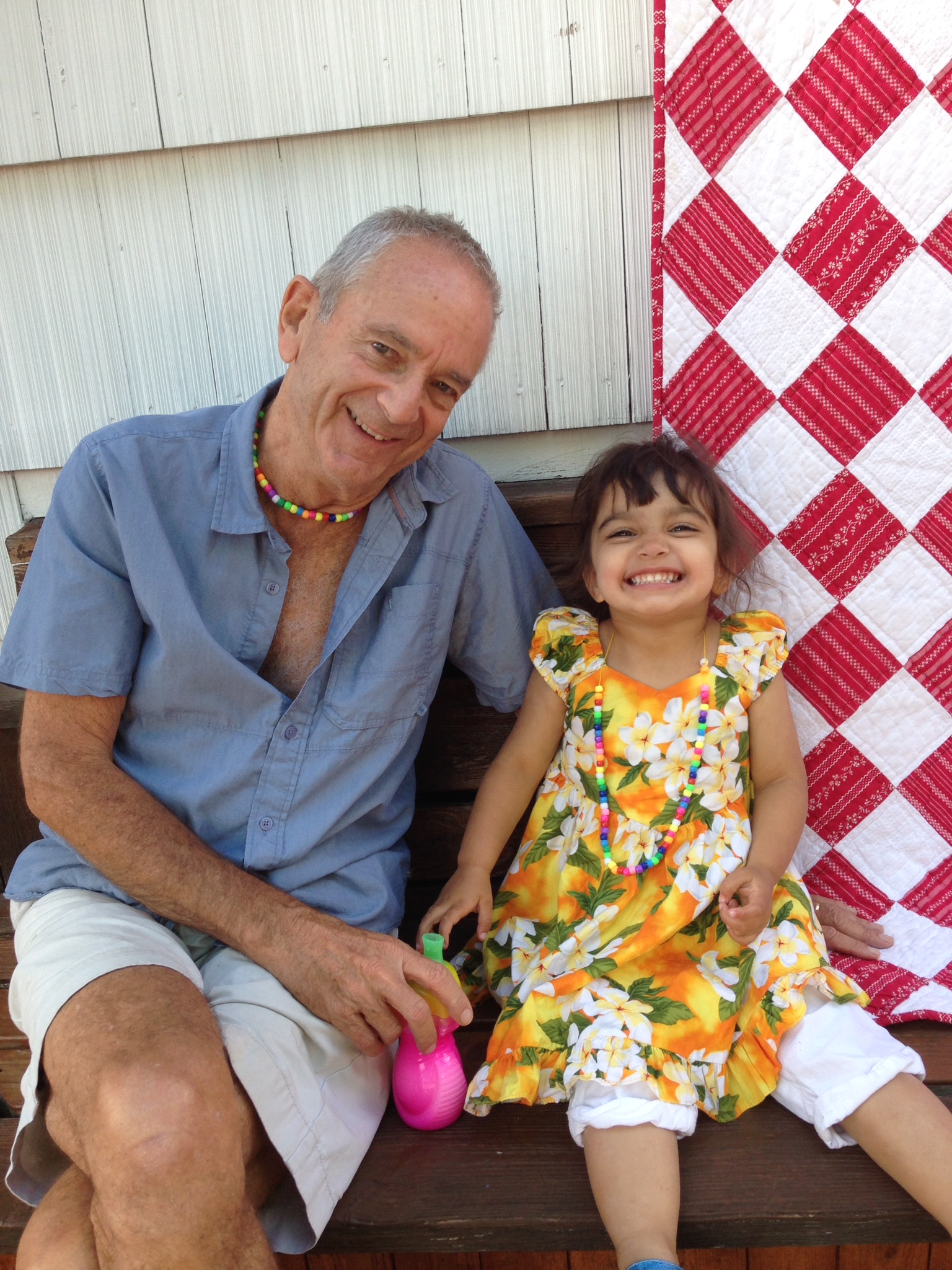 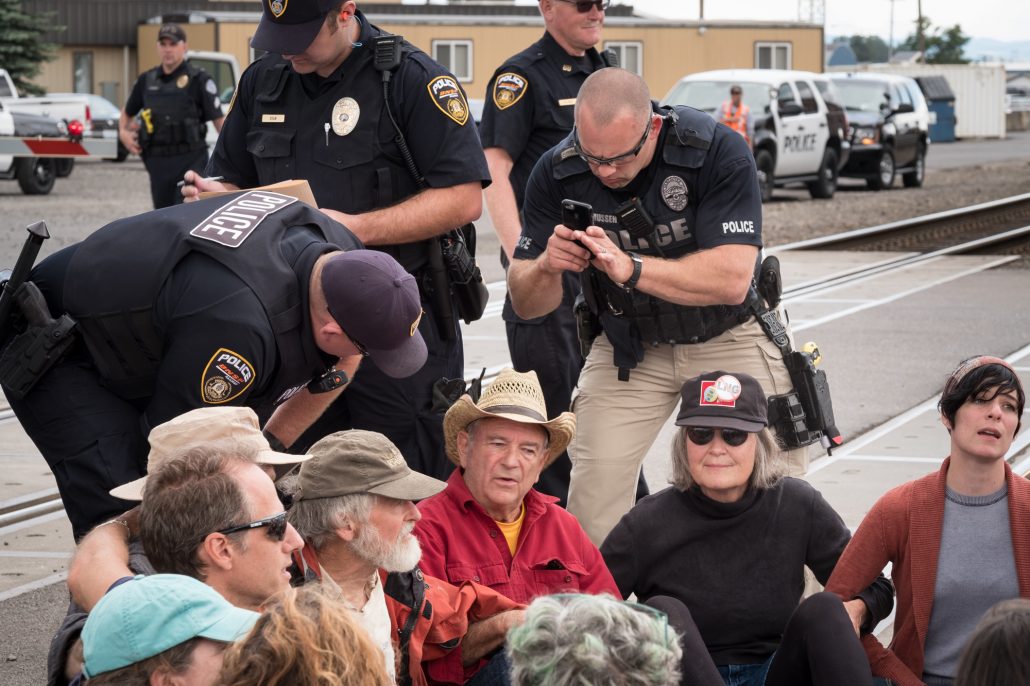 Among M. J. Cody’s books are Standing on the Beach, a mystery novel, and Sleeping Around the Northwest, a collection of travel adventures and places to stay.  She also co-authored Wild in the City, a guide to natural hideaways in Portland. 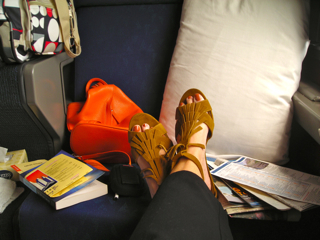